CIVITAVECCHIA (RM), 28 May 2004. Today, Gen USMC James L. JONES SACEUR, Adm US NAVY, Gregory G. JOHNSON JFC COMMANDER and Adm Gianpaolo DI PAOLA IT Chief of Defence visited the NRDC-IT during exercise Allied Action 2004.
More than 100 high military ranks visitors coming from US, ROMANIA, ALBANIA, BULGARIA, RUSSIA, SPAIN, FRANCE, AZERBAIJAN, HUNGARY and PORTUGAL took part to the Distinguished Visitor Day organized by NRDC-IT in conjunction with JFC Naples. The visitors had the chance to see the Land Component Command Post, provided by NRDC-IT, and the Ceck CBRN Bn Command Post.
At the end of the visit the three top officials held a press conference with international, national and local press stressing the importance of Exercise Allied Action 04 in the implementation process of the NRF concept. During the press conference Adm Gregory G. JOHNSON stated: The crown jewels of that NATO transformation process is the NATO Response Force. Adm Gianpaolo DI PAOLA, IT CHOD, indicated NRDC-IT as one of the essential elements of the NATO Response Force 3 and that he was proud of the results achieved so far, later he added that NATO is the hub of transformation that why is so important that all the NATO allies speak together to make NATO stronger and solid.
Gen JONES, SACEUR, concluded that what was done is validating a concept that is very transformational nature and will serve the Alliance extremely well in the future. 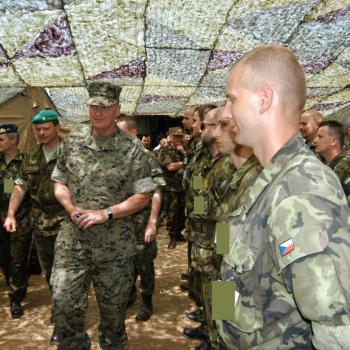 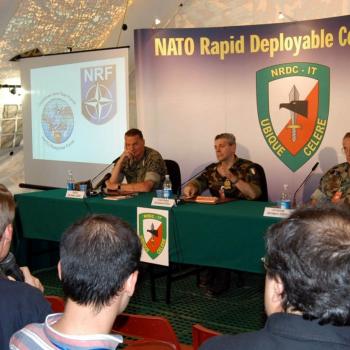 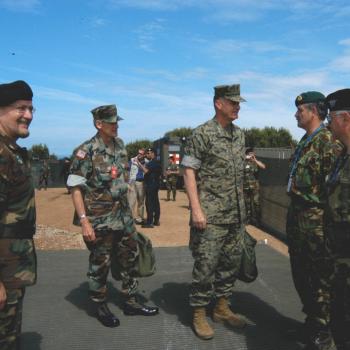 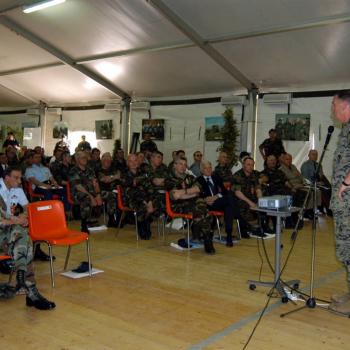