VISIT OF THE ITALIAN CHIEF OF DEFENCE STAFF SOLBIATE OLONA (VA) 07 JULY 2004. The Italian Chief of the Defence General Staff, Admiral Gianpaolo DI PAOLA today visited the NATO Rapid Deployable Corps – Italy (NRDC-IT).
Admiral DI PAOLA was received by Lieutenant General Cosimo D’ARRIGO, the Land Operational Forces Commander, and by Lt Gen Mauro Del Vecchio, NRDC-IT Commander.
Lieutenant General Mauro Del Vecchio, briefed them on the training activity conducted during the preparatory phase prior the beginning of the stand by phase for the NATO Response Force 3 (NRF) as, from the 1st of July, the Corps has assumed the Land Component Command (LCC) role for a six months period till 15th January 2005.
This is not the first visit of the Italian Chief of Defence to NRDC-It, but the previous time the High Readiness Headquarters was deployed in the filed as Command Post in Civitavecchia for Exercise Allied Action 04 from 28th May to 8 June 2005. On that occasion Adm DI PAOLA was part of a NATO-International delegation together with SACEUR, Gen J. Jones, COMJFC Naples, Adm G. Johnson and other high ranking officials.
Admiral DI PAOLA visited some of the new infrastructure within the Ugo Mara barracks and in particular the new Headquarters building – named Star Ship, that has been completed last march.
At the end of the visit Adm DI PAOLA held a Press Conference with local and national media where he underlined the importance of such a deployable command structure within the Alliance and the Italian Armed Forces. Then he mentioned the role recently assumed by NRDC-IT for NRF 3 and that NATO is still discussing using NRF for securing the Afghan election process 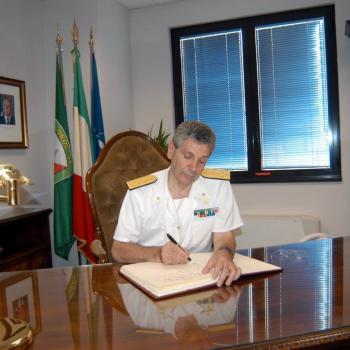 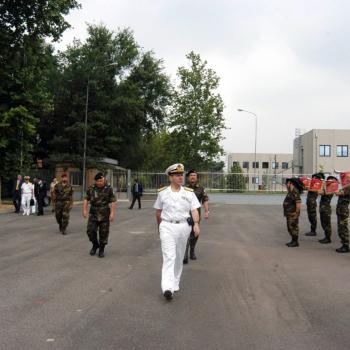 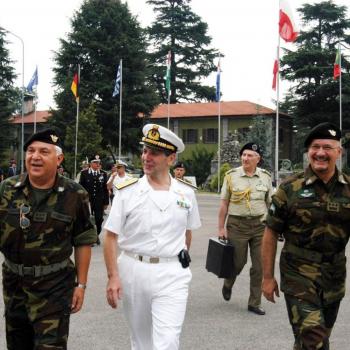 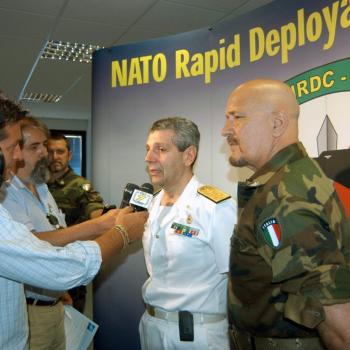 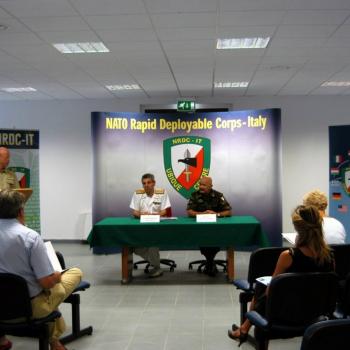