SOLBIATE OLONA (VA), 30 JULY 2003. The Chief of General Staff of the Romanian Armed Forces, General Mihail Eugeniu POPESCU, visited NRDC-IT Headquarters in Solbiate Olona on Wednesday 3O July 2003. He met with the Commander, Lt Gen Castagnetti and was briefed about the latest developments of the Headquarters and its training activities.
This is the first official visit of a Romanian Delegation to NRDC-IT. NRDC-IT is a multinational Headquarters where members from 11 countries work together: Germany, Greece, Hungary, Italy, The Netherlands, Poland, Portugal, Spain, Turkey, the United Kingdom and the Unites States of America.
General POPESCU was positively impressed by the headquarters and. he was grateful to Lt Gen Castagnetti for the briefings he received. Gen Popescu added that the Romanian Armed Forces are involved in a learning process and are looking forward to a sharing of knowledge in order to improve their expertise.
Romania is one the seven countries that started accession negotiations at NATO's Prague Summit to join the Alliance; the whole accession process is expected to be completed by May 2004. 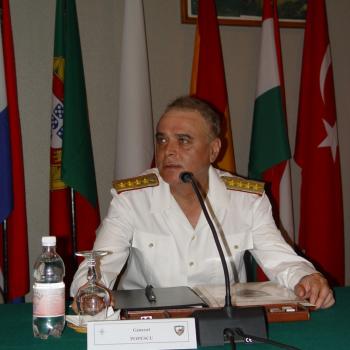 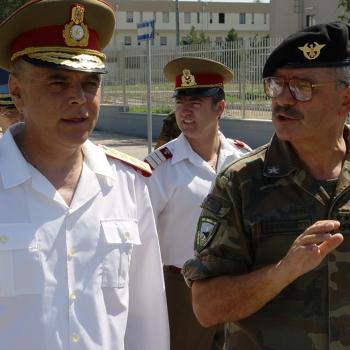 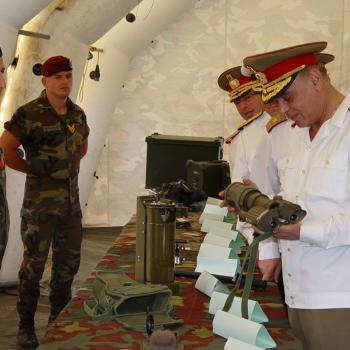 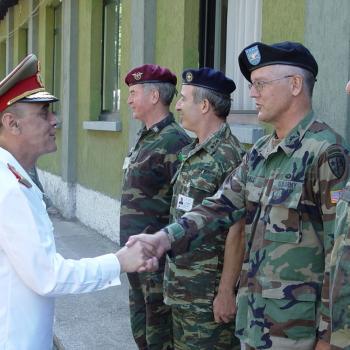 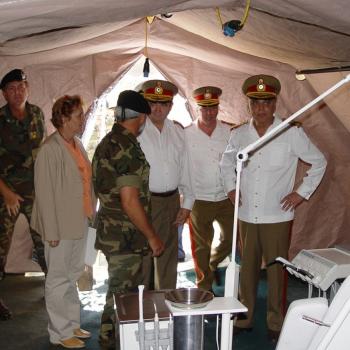 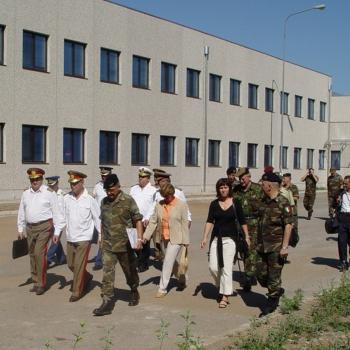 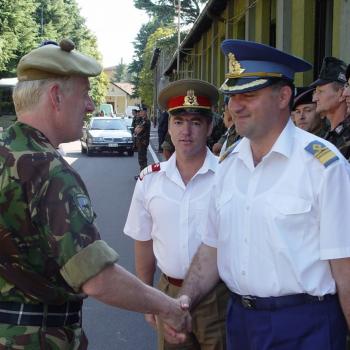 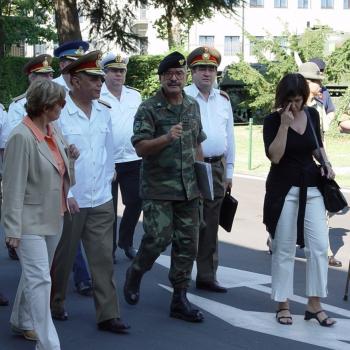