MILAN, May 14, 2020. Today's conference, part of the e-Lecture cycle for the NRDC-ITA staff, was conducted for the first time in the form of an interview. Professor Paolo Magri answered various questions from staff members, outlining some of the geopolitical scenarios to which the current health emergency could lead and identifying potential winners and losers.

Paolo Magri is Executive Vice President, Director of the Institute for International Political Studies (ISPI) and Professor of International Relations at Bocconi University. He is also Secretary of the Italian Group of the Trilateral Commission and Member of the Europe Policy Group of the World Economic Forum, the Strategic Committee of the Minister of Foreign Affairs and International Cooperation, the Board of Directors of the Italy-China Foundation and the Advisory Board of Assolombarda. A journalist and publicist, he is a regular guest commentator for television and radio networks on global scenarios, American foreign policy, Iran, and the Middle East.

As early as the beginning of the debate, it became clear that without global coordination between all the nations of the world and mutual solidarity, there will be no chance of a successful exit from the current emergency. However, the role of each State, intended as a sovereign institution on its territory, appears to be strongly reassessed by the critical situation in progress, even where certain forms of liberalism, particularly in recent decades, may have challenged its efficiency. Such a change of trend appears clearer towards Governments that have shown themselves capable of making good and rapid decisions in the face of an extraordinarily scenario of extraordinary severity, with all the ensuing challenges in terms of health, economic, social and political aspects.

Amongst the potential casualties of the emergency, the rapporteur mentioned countries with emerging economies, particularly in South America and the African continent, where the institutional role of the state is not always well defined, irregular labour is still used on a large scale and the living conditions of certain social categories were already difficult before the pandemic.

The impact of the crisis on the Alliances and consequently on the geopolitical balances has also been analysed: countries or groups of countries linked by a long tradition of cooperation in the commercial, economic, cultural and military sectors may find themselves reassessing their respective positions and roles, in the light of what they, or their partners, will have to face in the medium and long term, as a result of the emergency.

Globalisation and international trade are also likely to be greatly reduced by the pandemic, and it is also crystal clear that it will take a long time for the tertiary sector, including tourism with its vast supply chain, to recover at full speed.

The interactive attendance at the conference highlighted the keen interest of the staff of the 18 contributing nations of NRDC-ITA in an issue that directly affects the NATO Command of Milan, which has been committed since the very early stages of the emergency to contribute to the containment of the contagion, ensuring support to local and national institutions in the medical, logistics and territory control domains, in compliance with the directives issued by the Armed Forces. 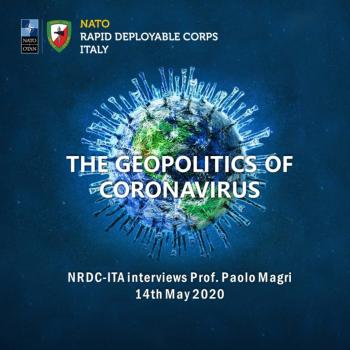 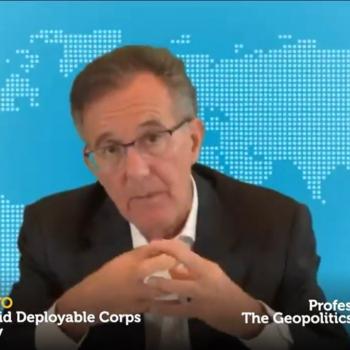 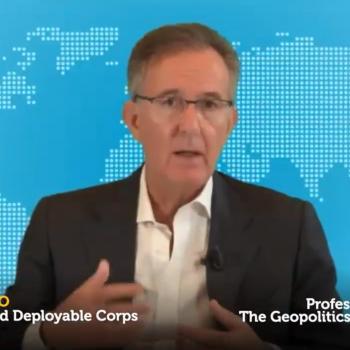