A MOC for a better understanding of complex systems A Memorandum of Cooperation between Barcelona University and NRDC-ITA was signed to increase cooperation.

Milan, February 9, 2021. A Memorandum of Cooperation (MOC) was signed between the  Universitat Abat Oliba CEU (UAO CEU) and the NATO Rapid Deployable Corps - Italy (NRDC-ITA). The agreement will provide the parties with the possibility to develop training and research projects on issues of mutual interest related to the understanding of the current international crisis scenarios. The document was virtually signed today, in videoconference due to the pandemic situation, by Prof. Rafael Rodriguez-Ponga Salamanca, Magnificent Rector of the UAO, and by Major General Fabio Polli, Chief of Staff of the NRDC-ITA, with the presence of the Permanent Representative of Spain at the NATO, Ambassador Miguel Angel Fernandez-Palacios Martinez. The MOC aims at developing initiatives of collaboration between analysts and experts of the NRDC-ITA and researchers and fellows of the Institute. It is also part of the shared studies and reports between parties in a combined analysis of the causes of instability of real crisis scenarios. Personnel of NRDC-ITA will also have access to courses, seminars, lectures and training sessions offered by the Institute. There is no doubt that the identification of possible solutions to complex problems can only come from an in-depth interdisciplinary knowledge of them and in this light the agreement has been devised stated General Polli. The Magnificent Rector underlined that is a great honor for University of Abat Oliba CEU in Barcelona to be the first not-italian university to sign a MOC with NRDC-ITA. The final endorsement was given by Ambassador Fernandez-Palacios Martinez, who stated I’m proud to see how the academic world and NATO promote a cooperation to match common goals towards a more European and Atlantic world. The Universitat Abat Oliba CEU has a well-recognized experience and the NRDC-ITA is willing to learn to corroborate its own process of Knowledge Development (KD), with a better understanding of culture, the socio-political and economic dynamics for a more rational decision-making process.
The NATO Headquarters is formed of both civilian and military analysts who, through the fusion of information from purely military sources along with those available in the academic field, are given the task of understanding complex systems. They develop political, economic, social and infrastructure analysis of crisis areas.
The event is a further step forwards an increased cooperation with Academic community for NRDC-ITA in its 20th Foundation Anniversary and is one of the several activities that will take place to celebrate such important contribution provided by Italy to the Alliance. 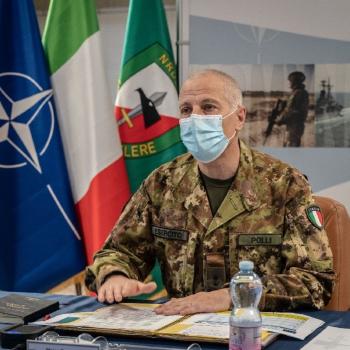 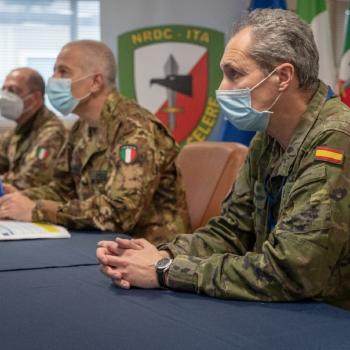 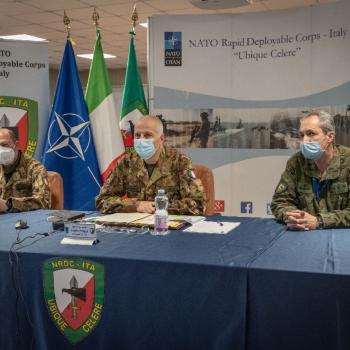 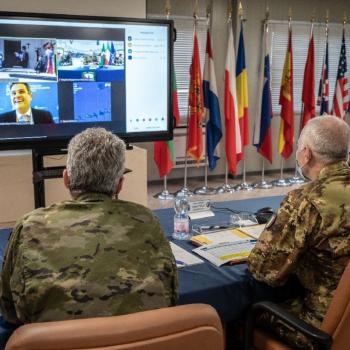 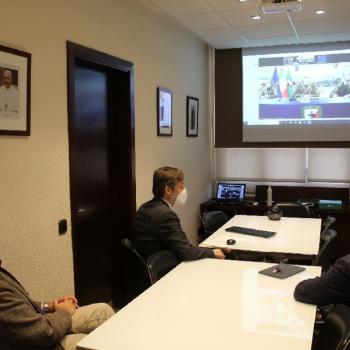 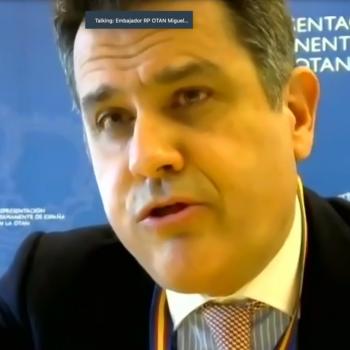 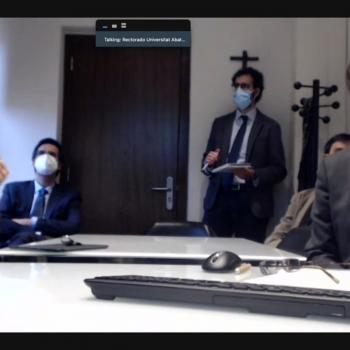