Signing a new MOC for implementing the NRDC-ITA Comprehensive Approach Lecce, May 13, 2021. Lieutenant General Guglielmo Luigi Miglietta and the Salento University Rector, Prof. Fabio Pollice, signed an agreement which will provide the opportunity to develop mutually projects and research on the current international crisis. The MOC (Memorandum of Cooperation) between NRDC-ITA and UniSalento is part of the wide range of events for the 20th Foundation Anniversary to highlight how the multinational HQ supports the Alliance’s work toward global peace and security.
Shaping the change, the motto for the Anniversary, means that NRDC-ITA can adapt to turn challenges into opportunities. In this light, this agreement with UniSalento, in addition to those already in place with both italian and international Universities, will allow NRDC-ITA personnel to improve their adaptability in the evolution of the geopolitical scenario. Cooperation with the academic world is important to increase the cultural, the economic and political knowledge of the modern world. In this way it is possible to establish a decision making process in line with operational planning stated Lieutenant General Miglietta.
The agreement also includes the attendance of select UniSalento personnel to the activities performed by the Knowledge Development (KD), a section which conducts the analysis of military, social political factors to support the Commander’s decision process.
Additionally, NRDC-ITA personnel will have the possibility to ask for support while sharing their perspective and advice. The students will be able to test their abilities acquired during the studies through the attendance to the NRDC-ITA Command Post Exercices and other training events.
The Salento University Rector strongly endorsed the agreement as it is a productive example of promotion through the youngest generation of North Atlantic Alliance values, enhancing its role as a unique community committed to the principles of individual liberty, democracy, human rights and the rule of law. 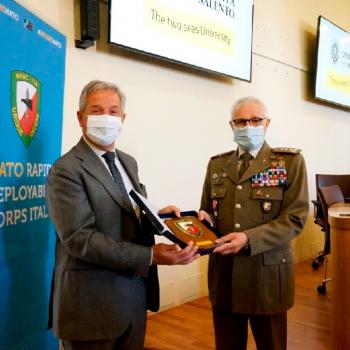 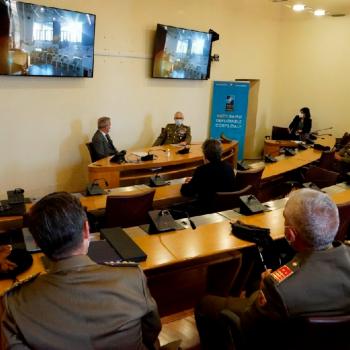 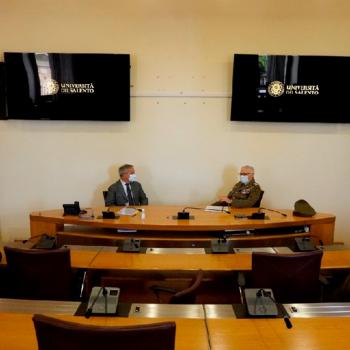 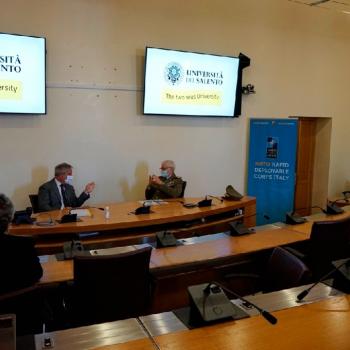 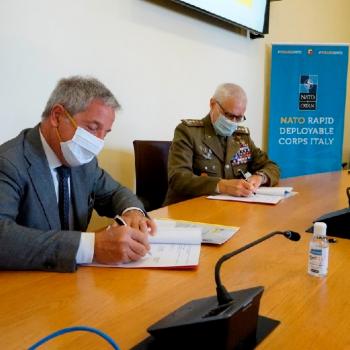